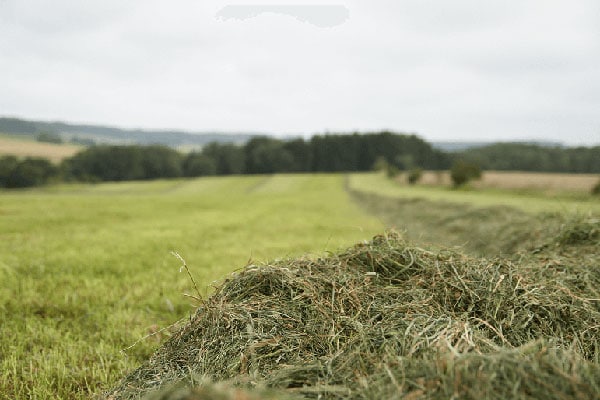 The dairy farm has 60 hectares of land, thereof 15 hectares of corn, the rest is pasture land (about 15 ares) or is used for the production of grass silage.  For a better growth of the maize, the farm cultivates a mixture of grass and cereals on this land in the meantime.

The difference – with and without the use of Josilac

In order to get the best out of silage, Laurent Marquer has been using the silage inoculant Josilac® grass for his grass silage and those from the cereal mix since 2016.

Problems with the content of butyric acid, as well as the desire for high quality silage for better animal health, were the initial situation and are ultimately the factors that led to the decision to use Josilac® – with a satisfactory result.

For lack of time, the forage cut in 2019 was not treated with the Josilac® silage inoculants – and the difference was clear:
mould formed on the edges and on the top of the silo – much more than with the usually treated silage. The difference was also noticeable in the cell numbers in January and February. This year, the farm suffered from a sharp increase in cell numbers, which caused a drop in the milk price (> 280,000). In contrast, in the previous year, when the silage was treated with Josilac®, an increase in cell numbers was noticeable, but remained within reasonable limits.

The grass silo treated with Josilac did not show any losses and did not show any problems with reheating, although the feed rate was slow during the removal and the silo was uncovered for storing the second cut. The difference is also evident in the smell: the silo smelled of “grass”, no bad smells were noticeable and the feed remained tasty. There were also no losses at the feeding table.

A comparison between the years 2018 and 2019 (one year with and one year without Josilac®) shows a constant milk production in the distribution of treated feed and an impaired, decreasing milk quantity in summer when feeding untreated feed.